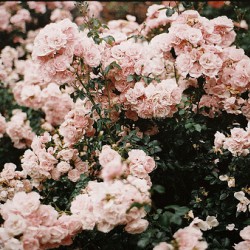 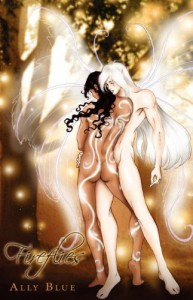 First off, I really liked the whole theme of fireflies in this book. Well, it wasn't actually a recurring theme, or some deep and meaningful concept, but the appearance of fireflies was endearing (especially at the end) and introduced this 'awww' factor at some parts.That really was an unnecessary comment... but I felt it was important to mention because bugs, seeing as most are born as wriggling, slimy hell beasts, are all on my kill-on-sight-and-at-all-costs list.

Anyway going to the actual book, I actually liked this quite a lot, despite some of the flaws I found in it. The biggest problem for me in this book, I think, was the fact that overall it was quite lacklustre. It had some great new ideas to introduce into the already-expansive world of the fae, but it was just not an amazing sorry. Plain as that. However, in that same respect, none of the things I found to be flaws were that amazingly jarring and obvious too.

The storyline was quite follow-the-typical-template, with there bring an evil man trying to take over the world (who, in some cases, is a relative of the hero), then it ends with the obvious HEA. (The fact that I didn't tag that as a spoiler should make it pretty obvious that it's mot much of a spoiler...).

The characters are also quite likeable, but sadly, not amazingly so. But they were pretty cute together! Braeden was a bit of an iffy character for me. You see, I've not been reading much lately (for various reasons) so I did drop this book for a week or bit less, and so, when I got back to reading it, it suddenly hit me all over again how goddamn formal and stiff he sounds when he talks. It's okay during sex, because if he's saying this long ass flowery sentences, something obviously ain't right, but when he wasn't participating in some man on man action it was noticeable. I don't think it's that much if a problem because you get used to it quickly, it just hits you in the face at first. Well, at least, for me it did.

Joey was quite a lovely character, and realistic as well. When taking up his hero mantle, he didn't go from college student (I think) to badass warrior-assassin-mage in the span of 2 pages-- which is good. And he did have his occasional breakdowns and tantrums which I found even better, though they still irritated me haha.

The bad guy was.. Typically evil. But that's ok. I won't fuss.

TL;DR: (sorry I rambled) It's a solid and ok read. No huge flaws, likeable characters and a so and so plot. Not great, but ok.